December 17, 2016
18th November saw the opening of the first ever British exhibition by Autopsia. It also marked the publication of my 2nd book, Autopsia: Thanatopolis, the first extended study on the work of the group. 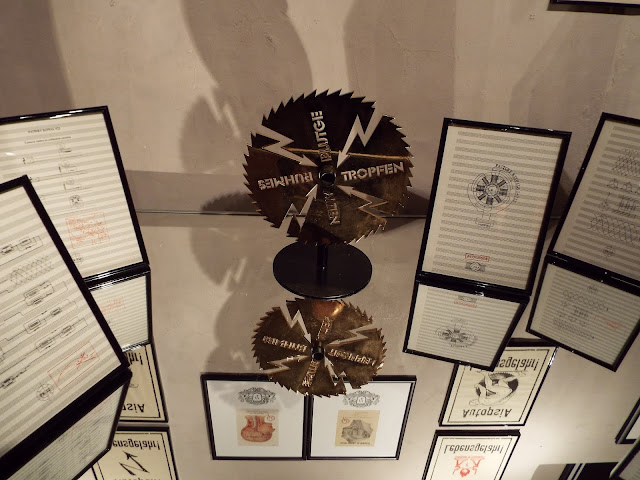 I devised the Thanatopolis (city of death) concept while working on the book. It seemed highly appropriate, given Autopsia's artistic focus on death and the destructive, if not fatal, social and economic forces that roam freely in Neofeudal London. 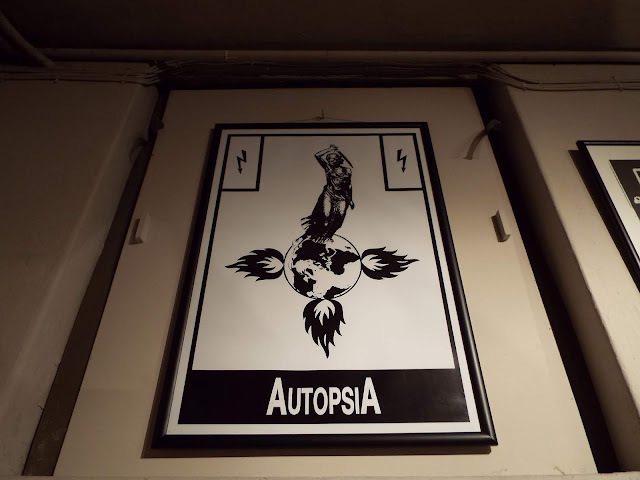 The conclusion of the book speculates on the technologically-driven future of art and culture in a Thanatotic city and culture. 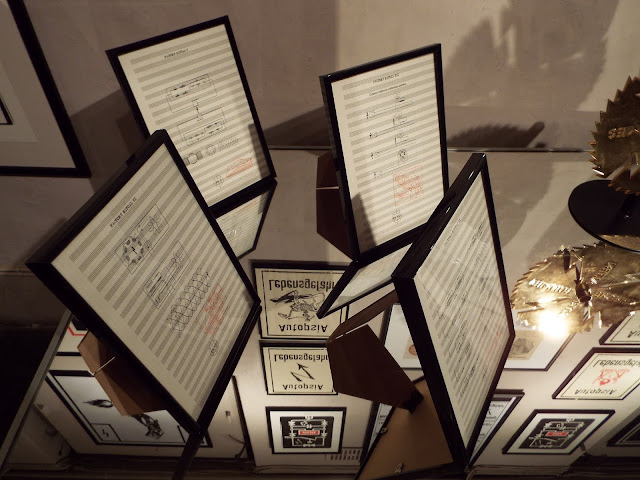 Autopsia had its roots in the Punk and industrial scenes of late 1970s London and so it was natural (and long overdue) the project should symbolically return to the city that helped inspire it. 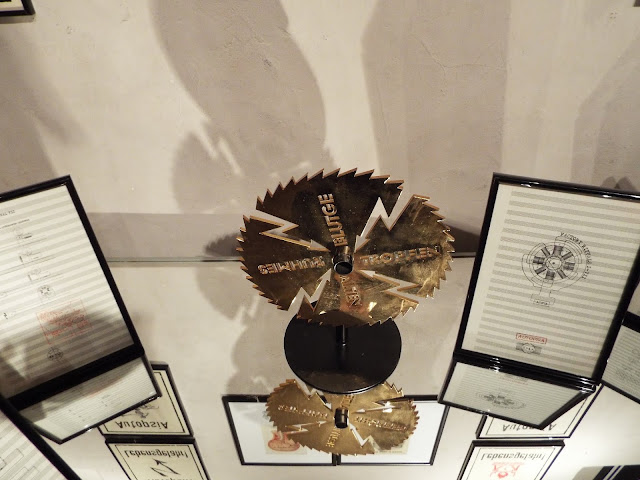 The exhibition featured several new works and worked well in the cold, gloomy interior of the Horse Hospital. 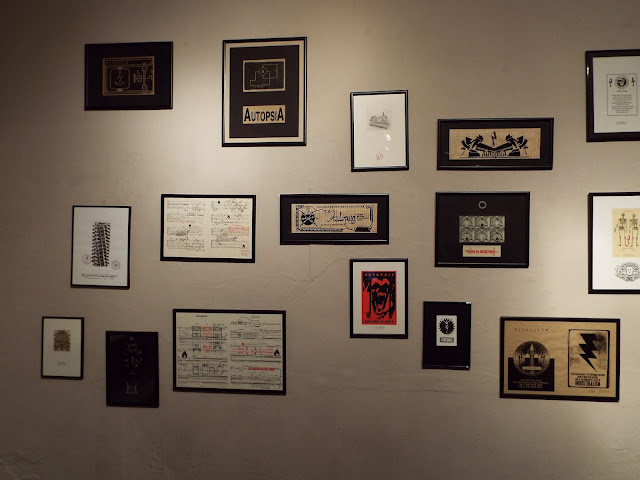 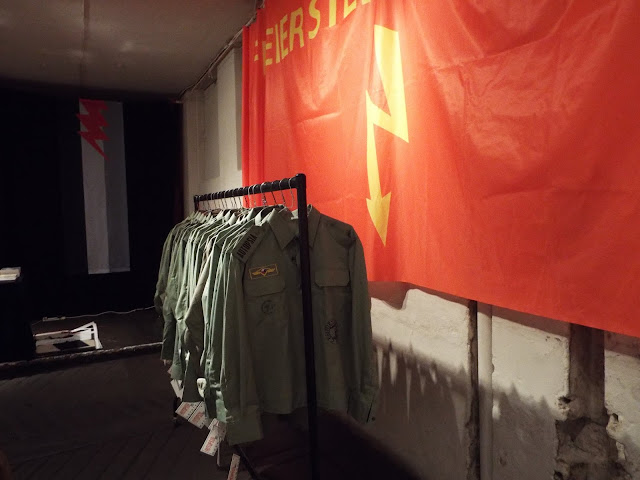 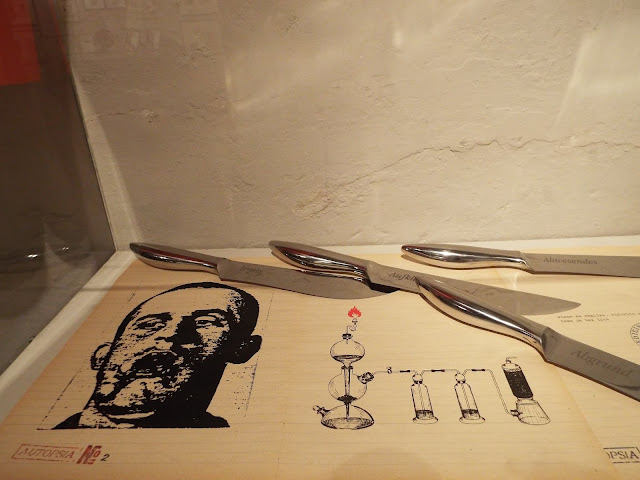 The knives etched with slogans were striking. 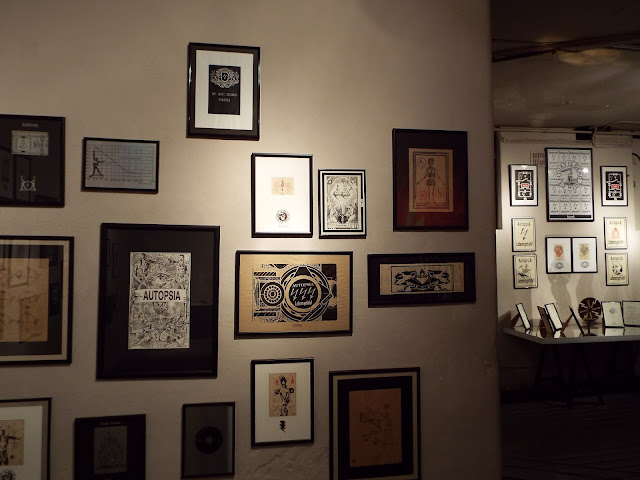 The full range of Autopsian iconography was present, including references to alchemy, mediaeval heraldry, anatomical diagrams, industrial design and culture and more. 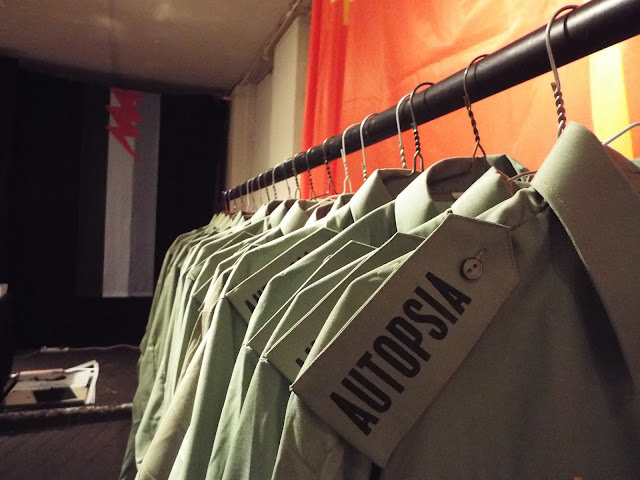 As well as being visually arresting, the shirts added a surreal and amusing touch. 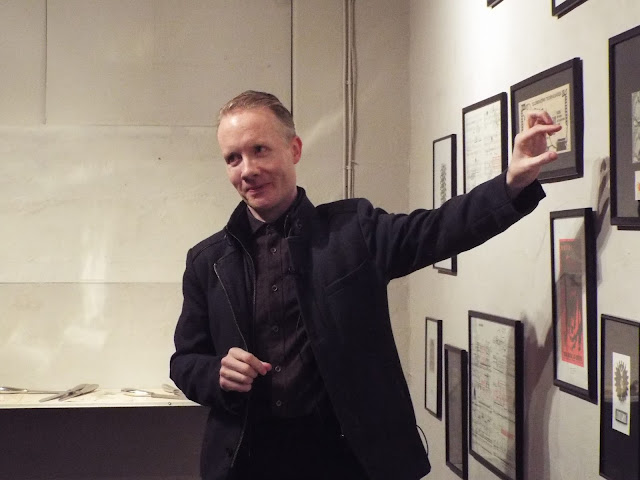 Just as at the 2012 Autopsia show in Leipzig, I gave a tour of the exhibition at the opening, highlighting some of the works I find most intriguing. 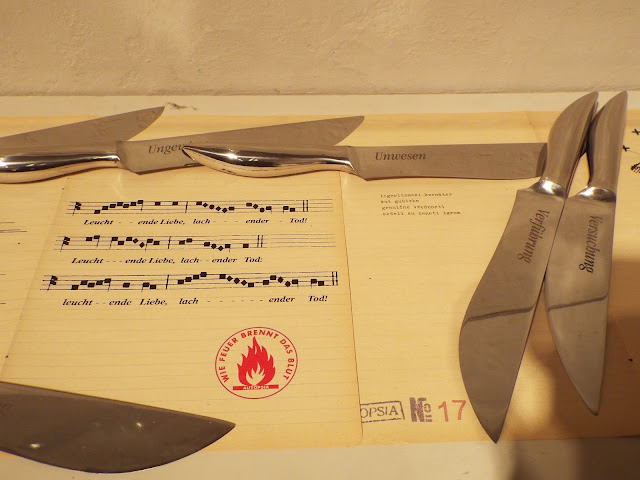 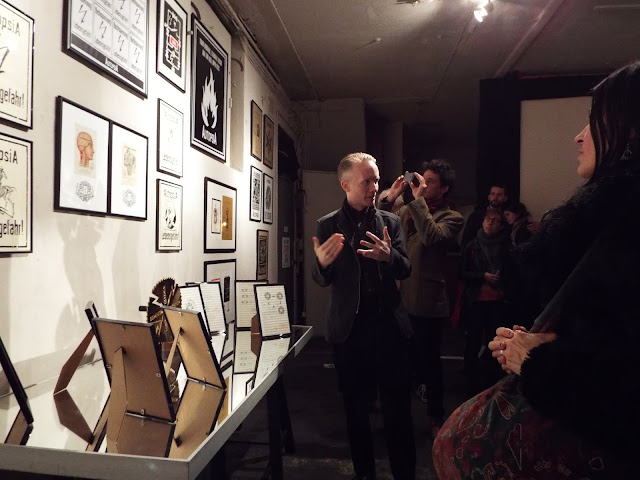 Popular posts from this blog

February 03, 2019
One of my photographs of the fabled sound mirrors at Denge has been used as the cover image for Eden Grey's new recording, an atmospheric, modular synth-derived soundscape. Taken on a close, ominous July day in 2014, the photo fits the sonic atmospheres well. Listen here.

June 21, 2020
Five years have already passed since the fateful NSK exhibition From Kapital to Capital in Moderna Galerija. During the weekend of the exhibition symposium there was a Laibach Kunst gramophone performance on the steps of the gallery. To commemorate, here are my recently unearthed photos of the occasion.

October 28, 2018
Last Saturday I join a pan-European group of friends and c. 700, 000 others on the People's March. As I explained to a Japanese journalist, we were there as we felt we had no choice. I have the sense that many in the country feel that if they just keep their heads down and give the Brexit People what they want, then they'll be satisfied. This is a huge mistake. The elite mob of disaster capitalists, neofeudalists and kleptocrats may not be unstoppable, but they are absolutely insatiable. Ultimately, nothing will satisfy their lust for blood and power, so it is better to make a stand now while it's still possible than to have to wrest back control from them amidst the Hard Brexit chaos they dream of.
I've been on 2 previous marches on this subject, but this was a huge increase in numbers and energy. Apart from a tiny pro-Trump mob outside Brexerspoons on Whitehall, there was no opposition. The weigh and spirit of so many people were impossible to resist. Even Radio 4 sp…
Post a comment
Read more